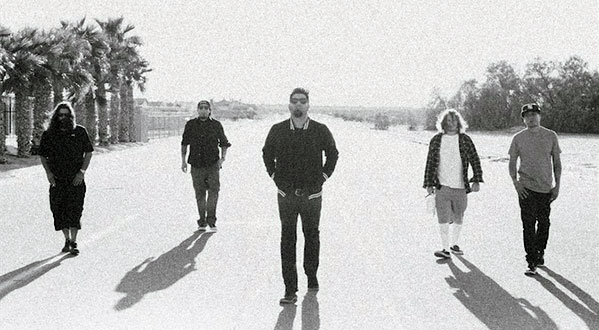 Though he's been wrong before, Deftones frontman Chino Moreno is now fairly confident that the band's eight studio album will be available in late November. Speaking to WSOU (audio below), Moreno had this to say:
"As of today, we are rushing to get our 'thank-yous', our credits, and all that stuff turned in. Once the music's turned in, which should be hopefully in the next couple of weeks. There is still some mixing and mastering to be done. But the recording's all done, the songs are there, they're written and recorded, and they're awesome. We're excited about it. We're just dealing with the stuff now, putting all the artwork and everything together. And then, a few months for them — the powers that be — to prepare it to be released." "...You know what they told me, I think it's [November] 20th. Don't quote me on that though."
Sorry, Chino, we're quoting you. November 20 it is. [via ThePRP]

all the 30 year olds who frequent this site are stoked

Haven't let me down yet, very excited for this. But I'm still waiting on Eros!

David Pierce from raw dawg/ cyc president does a guest spot. He raps about running la and the ie. 285

Rather listen to the local jazz/classical station.

They only had two good albums

^^^^There's the lambgoat quote I'm accustomed to. They are the most consistent band I've ever seen. Very few classic songs, but almost every song is well above average. Been a fan since '96.

....And chino still can sing for shit.

16 and I'm going to see them on Halloween and I couldn't be more excited!

anonymous1 day ago all the 30 year olds who frequent this site are stoked ^ 45 and stoked. Not for the album, but because your mom just gave me a rim shot.

been tuning lower and playing slower since adrenaline and chino got fat, AGAIN!

32 and looking forward to it. Fat Chino albums are the best Deftones albums.

rumor has it, they're bringing Che back.. tossing a mid life crisis hawaiian button up on him and some sunglasses. its going to be awesome!

Band is still awesome. They never put out a bad record. Stoked.