Tue, August 11, 2015 7:23 AM PT6,296 views
Northern California metalcore outfit Kingdom of Giants had their van broken into yesterday in St. Louis, Missouri. The band had this to say about the incident:
"Well Fam, St Louis got the best of us, no matter how hard we tried. 2 laptops, 2 cameras, passports, the whole 9 yards. Thanks to the people at Steak and Shake for doing what they can to help us out in this unfortunate situation." 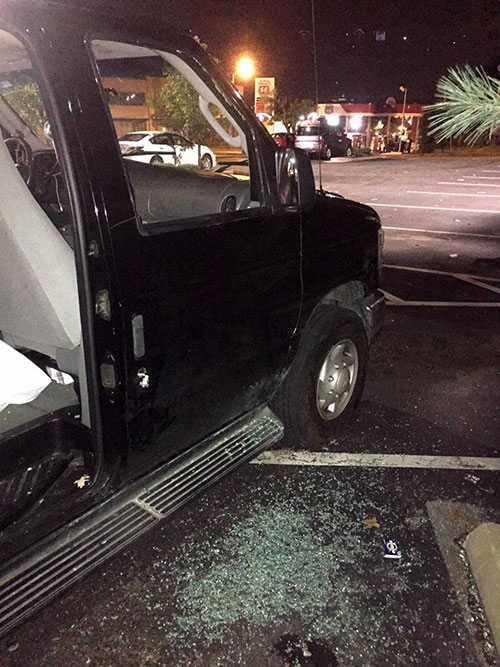 Meanwhile, Missouri band The Browning took the opportunity to speak out about the spate of touring van thefts that have taken place in St. Louis over the past two years or so:
"Our friends in Kingdom Of Giants are yet another band in a long line, including ourselves, to fall victim to personal property theft in St Louis, MO. This is just disgusting and it's beyond out of control. While ignorant citizens of Ferguson are stopping traffic to 'raise awareness' of a year old tragedy that every person in America already knows about, let us come together to raise awareness of the ongoing wave of crime that continues to plague bands and fans alike. More and more bands are refusing to play in St. Louis because it's simply not safe and this affects the fans who would love nothing more than to see their favorite bands just one more time, but no longer can."

Tags: The BrowningKingdom of Giants