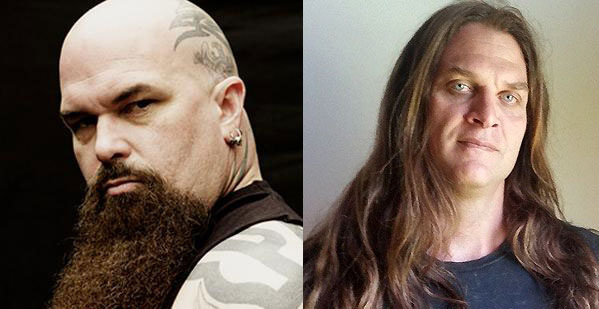 By now you've probably read about the comments from Slayer guitarist Kerry King regarding his dissatisfaction with this year's Mayhem Festival. Long story short, King summed up this year's tour by saying, "I understand it from a fan's perspective. I wouldn't spend money to come to this either." Naturally, King's sentiments weren't particularly well-received amongst other bands taking part in Mayhem Fest. One of those brave enough to call out King was Jungle Rot vocalist and guitarist Dave Matrise. Speaking to Live Metal on Friday (July 24), Matrise had this to say:
"I'm gonna be truthful — I take it very personal. I'm a longtime Slayer fan, and I hate to say it, but now I'm gonna change my thoughts about Slayer over this. It's because of the simple fact that there's a lot of people, including myself, and a lot of bands here that have a lot of money invested in this tour, and we're trying to make our money back, and we're trying to keep this thing rolling. And here's this guy, and he opens his mouth and sabotages the tour, in my opinion. And then he talks shit about Victory and that's our label as well, and calls it a 'shit stage.' Well, if it wasn't for Victory probably getting this stage, this tour would've never even happened. "That's just my opinion, and if he would get off the bus once in a while instead of charging $20 for a picture or a signing or whatever the hell he does, he'd probably see that there's some really good talent out there, man. So yeah, I take it very personal. I think he stuck his foot in his mouth and I hope this turns on him and I hope for the worst. I have had enough — the guy's been runnin' his mouth enough and this is the final straw."
Matrise was then asked if a physical confrontation between him and King was possible. Matrise responded:
"No, nothin' like that. Everyone's over it already, now we're just seein' what happens. All the band are sticking together, the crew's workin' hard — they're here at 6 a.m. in the morning. He just has to think before he talks. "This stuff ain't easy, man. In livin' this lifestyle, touring is touring and he should know. He's been doing this for however many years. "You take the punches when they roll, man, on every tour. Every tour is up and down like a roller coaster — they're all not gonna just be glamorous. "It just don't make sense to me. He could've waited until he was done after the tour to open his mouth. It would've been much better. No one would've cared then."