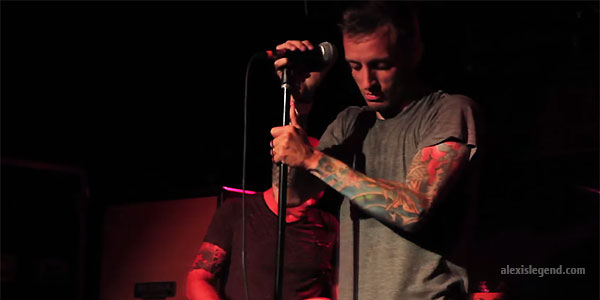 Earlier this month we exclusively revealed that the reason From Autumn To Ashes had cancelled the second half of their summer tour was the sentencing of vocalist Francis Mark for "maintaining a drug house." Mark was sentenced to a year of probation, leaving him currently unable to leave the state for tour. Mark has now broken his silence and issued a brief statement to Alternative Press in which he claims that he was not actually arrested but rather turned himself in, and that the "drug house" was used for medicinal marijuana. Here's what he had to say:
"I wanted clarify a few things in the press and express my gratitude to the fans who continue to stick by us in these trying times. I turned myself in and was not arrested. The alleged drug house in question was merely a medicinal marijuana facility. I speak not only for myself but on behalf of From Autumn To Ashes that we will make up the dates as soon as we possibly can. Thank you for the years of support and see you soon."