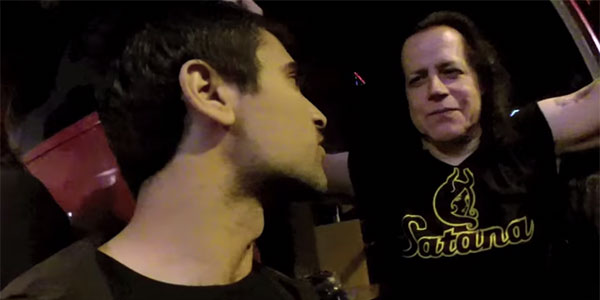 Glenn Danzig is known for his distaste of photography during his performances, and when troublemaker Navid Farsi (the same guy who recently "sugar-bombed" Maroon 5 vocalist Adam Levine) decided to push his luck by repeatedly photographing Danzig during a Pomona, California concert last weekend, Danzig reacted in kind. According to TMZ, Danzig took Farsi's phone during the show, and then when Farsi tried to board Danzig's bus, he was left gasping for air after Danzig put him in a headlock. You can check out some footage below.