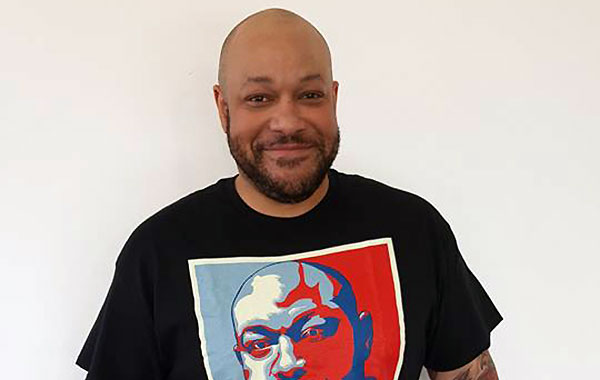 Devil You Know frontman Howard Jones recently sat down with Jamey Jasta for an episode of The Jasta Show. Amidst their chat, Jones opened up about his struggles with anxiety and depression, including a suicide attempt that took place during his time as vocalist of Killswitch Engage. Here are the relevant excerpts:
"I've had anxiety and depression since I was a young teenager. Being a singer and doing what I do, did not help. And then actually having the blessing of luck to get known and actually have success doing it, I'll always be grateful for it. But it became just an absolute burden for me. Look, I remember being like a teenager and I would be walking down the street and there would be people walking towards me and I would walk across the street just to avoid them—as a teenager I did that. And so, you can imagine how it became once there's people yelling my name and everything… I couldn't go to grocery stores, I couldn't go to the mall, I would get stared at in movie theaters." ... "It went from being an underground thing, it was a small community, it was the thing that we shared together. It went to like this big public thing. Then after awhile it just got to the point it's like 'man, I can't handle this.' And so just alone, your mind just goes crazy. At least it did for me and there's some people who handle it a lot better than I did, but me, I did not handle it well. I remember still living at my old, old apartment and—I don't even know if I've ever really talked about this—Yeah, it's just someone knew what I was doing and called the police cause I almost blew my head off. I pulled out my .44, I loaded it, I was done. If they hadn't knocked on the door, I was gone. "The cops came and broke down my door and stopped me. So needless to say, I ended up spending a little bit of time in one of the fabled mental institutions. Have I ever mentioned that before? I might have to you, but I've never publicly talked about it." ... "Basically, we got together, started going over ideas for the next album—that's the album that Jesse did. We got together at Adam's place and everyone was like yeah 'I wrote this stuff,' 'wrote this stuff' and we're going through stuff and then started going through all the old music and everything. And we're like 'we'll just meet up for the next week or two, we'll just meet up at the same time every day.' It was like alright, 'see everybody tomorrow.' I just never came back. I drove away and I didn't call, I didn't return, nothing. "I spoke to 'em maybe two weeks later or something like that and they were like 'So… yeah, so we figure we're just going to move on without you?' I was like, I can still do it, I'm just having a hard time with this. And they were like 'dude you hate this', and I was like it's not that I hate it, but they were like 'you hate this' and yeah I do. I can't stand this right now, this is just the worst thing in the world. Like, I wake up and it's just like something that I always loved doing, I hate it. And I was like 'you're right,' I can't do this."
You can listen to the entire episode below.