Official press release: The wait will soon be over: Five years after the release of their last studio album, Malevolent Creation are back with a vengeance. The band's new masterpiece, Dead Man's Path, is going to be released by Century Media Records worldwide on September 18th. Expect nothing but a ferocious, riff-driven and relentlessly uncompromising death/thrash massacre. The cover artwork was done by tattoo artist German Latorres and perfectly captures the evil vibe of the album. Detailed info on the various formats of Dead Man's Path (incl. vinyl color splits) will be revealed in the upcoming weeks. 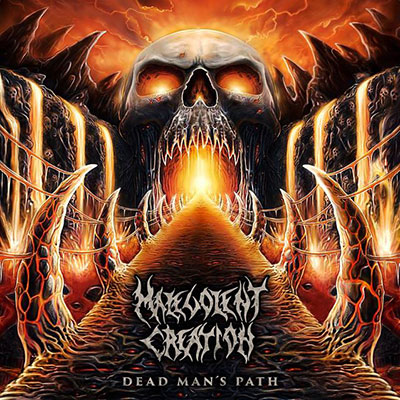