David Vincent: 'I have not left Morbid Angel' 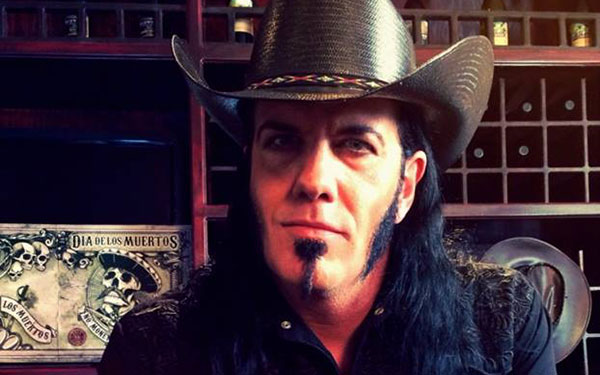 Yesterday Morbid Angel guitarist Trey Azagthoth revealed that he was once again working with one-time Morbid Angel vocalist Steve Tucker, leading most to assume that David Vincent was no longer in the band. Hours later, things took a confusing turn as David Vincent issued a statement saying that the "inference" was incorrect:
"I am aware of Trey Azagthoth's announcement of a collaboration with Steve Tucker on new music. However, the inference that I have left Morbid Angel is incorrect. To be clear, I have not left Morbid Angel nor have I been asked to do so."

This guy has a dick for a goatee.

this is a mind freak

They could fart into a mic for 60 minutes, and even that would be better than that travesty of a last album

who dyes their facial hair. that's so fcking lame

this picture looks the way Metallica's "I Disappear" sounds

^ Huge LOL. Is this the white power guy?

I'm sure Trey just forgot to make the phone call. Or maybe David couldn't hear him over the industrial techno blasting in the background.

Bring Back Browning and Sandoval,Ruttan!Tucker Isnt That Impressive Either.I Can't Believe They Turned Techno$.I Thrown In Towel After Domination.One Of The Best Metal Bands In History Sold Out.Blessed Are The Sick Was Thier Best.

good WiFiKill APK Ever before dealt with the trouble of using the Wi-fi link delays since of too many individuals Yes, you would certainly have. The WiFiKill APK it helps you to cut off or http://www.wifikillpro.com great.