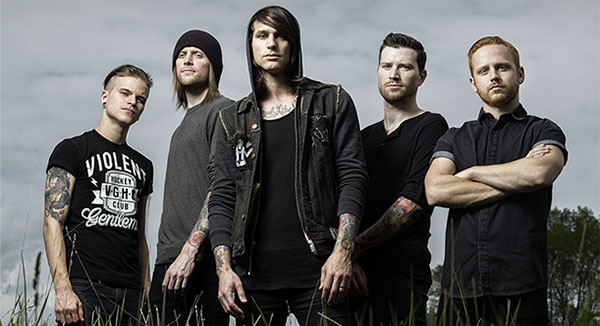 Official press release: Phoenix, AZ rockers Blessthefall are excited to reveal the details for their new album, To Those Left Behind, set to release September 18th, 2015. The band's fourth full-length was recorded with producer Joey Sturgis (The Devil Wears Prada, Asking Alexandria, Of Mice & Men) and is the follow-up to 2013's Hollow Bodies, which landed at #15 on the Billboard Top 200. "As a band we are constantly trying to outdo ourselves and take a step forward with each record," explains lead vocalist Beau Bokan. "With this new album we've taken a giant fucking leap forward and are at our absolute best as musicians and song writers. We're looking forward to seeing where this album will take us."