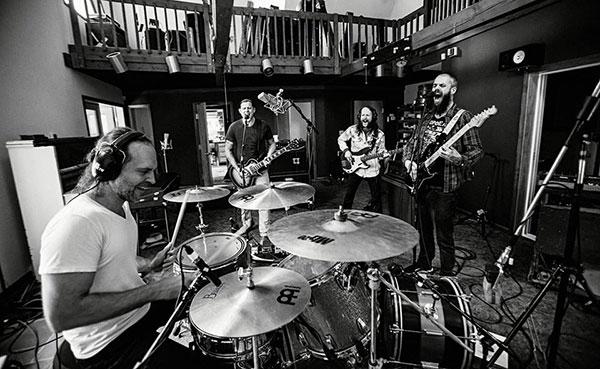 Savannah, Georgia stoner rock/progressive metal band Baroness has shared the photo above, which shows them "recording" with producer and engineer Dave Fridmann (Mercury Rev, The Flaming Lips) at Tarbox Road Studios in Cassadaga, New York. Baroness has yet to disclose what the recording is for, though it should be noted that they haven't released a new album since 2012.