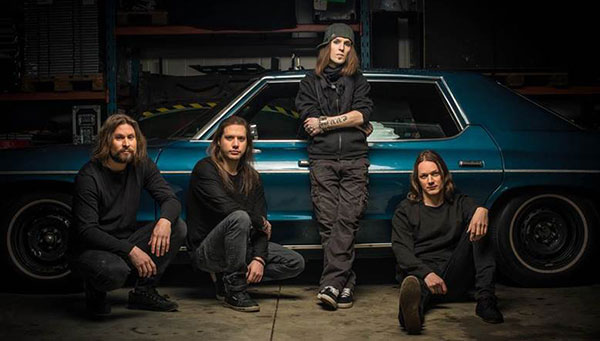 Official press release: World renowned Finnish heavy metal powerhouse Children of Bodom (aka COB) are set to release their ninth studio album, I Worship Chaos, worldwide on October 2, 2015 via Nuclear Blast Records. The artwork was created by Finnish artist Tuomas Korpi which can be seen below. COB frontman, guitarist, and mastermind Alexi Laiho commented on the new album: "We are close to putting the finishing touches on the new COB record I Worship Chaos and as much fun (but most importantly raw, literally bloody knuckled hard work) it has been making it, I'm more than happy and even more anxious to share this chaos with the rest of the world. So people, put your shades and helmets on, it will get very dark and it might hurt, in a perfect COB fashion of course!" Returning to Finland's Danger Johnny Studios (located at a top secret, undisclosed location in Helsinki) to record I Worship Chaos, the album was produced by COB and Mikko Karmila, who worked with the band on their earlier albums Halo Of Blood, Hatebreeder, Follow the Reaper and Hate Crew Deathroll. The album was mixed and mastered at Finnvox Studios in Helsinki, Finland. COB is set to embark on a momentous worldwide trek in support of I Worship Chaos. Stay tuned for more details.