Previous reports regarding the release of the third album from Swedish occult rock outfit Ghost were apparently accurate, as it's been confirmed that the band will release the record, titled Meliora, on August 21 through Loma Vista Recordings (Spinefarm Records in Europe). The album was produced Klas Åhlund, mixed Andy Wallace (Nirvana, Slayer), and its cover can be seen here: 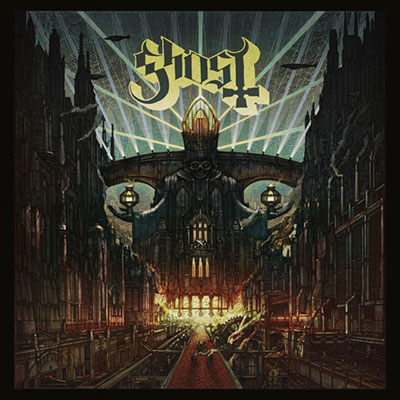