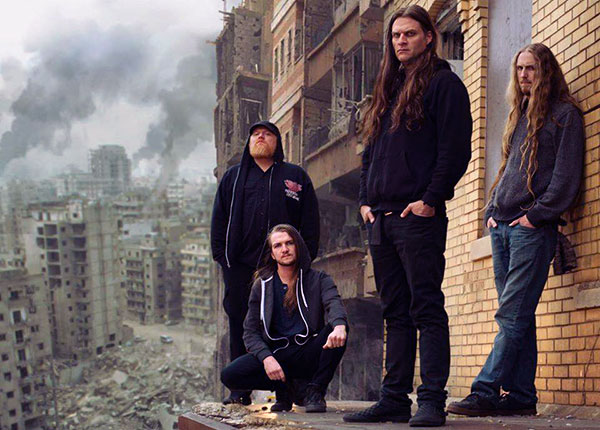 Jungle Rot reinforces their position as a staple in the old school death metal arena with the announcement of their ninth full-length album, Order Shall Prevail, coming June 30th, 2015. To preview Order Shall Prevail, the band has released the first track, "Paralyzed Prey," which delivers more of the groove-laden, no-frills savagery fans have come to expect. Hear "Paralyzed Prey" exclusively through Victory Records: "The album title came up while watching a news story about police brutality, basically hinting at a new world order if we don't put our governments in check," guitarist Jimmy Genez states. The ten-track sledgehammer opens with "Doomsday," and stomps with wrathful hatred on tracks like "Blood Revenge", the peace-halting title track, and the war-marching "I Cast The First Stone" punches, tramples, and will maul the ears of even the most seasoned soldier of metal. The patriotic, ass-kicking "Fight Where You Stand," features an appearance by Max Cavalera (Sepultura, Soulfly, Nailbomb). Genez recalls, "Classic Sepultura was a huge influence on us, and when we played the 70,000 Tons Of Metal Cruise alongside Max (with Soulfly), we all just hit it off. Having him lend his voice on our album is a huge honor." Order Shall Prevail track listing 01. Doomsday 02. Paralyzed Prey 03. Blood Revenge 04. Fight Where You Stand 05. Order Shall Prevail 06. The Dead Pestilence 07. I Cast The First Stone 08. E.F.K. 09. Trench Tactics 10. Nuclear Superiority