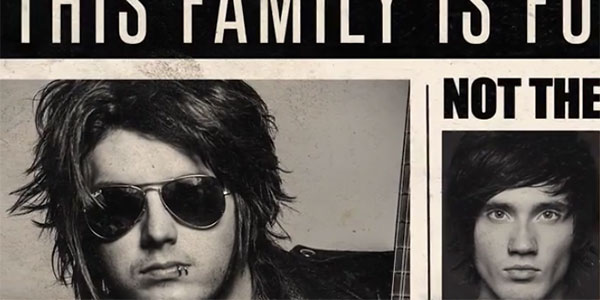 Asking Alexandria has officially named their replacement for departed vocalist Danny Worsnop. As expected, the band has added Denis Shaforostov (Down & Dirty, ex-Make Me Famous) to their lineup. Shaforostov had the following to say:
"I feel truly blessed and proud to become a part of such an amazing family. You guys stick with AA through the hardest times so thank you for the faith you've got for Ben, Cam, Sam, James an me. I'm extremely excited to unleash the beast the new Asking Alexandria is! We're on the edge of a whole new journey and it couldn't feel any better."
You can listen to Asking Alexandria's new single with Shaforostov, titled "I Won't Give In," below.

I thought Monroe Yoder was the new singer?

^ woah, news so terrible it brought the tower of rome out of retirement.

anonymous37 minutes ago ^ woah, news so terrible it brought the tower of rome out of retirement.

ineedmoresalt0 seconds ago anonymous37 minutes ago ^ woah, news so terrible it brought the tower of rome out of retirement. dougcore mayonnaisecore

LOL at the screencap of that video. Apparently courage is the ability to not faceplant like a drunk retard while playing guitar

This is really bad. Couldn't they find a better singer?

LOL at this lesbian-lookin' turd.

idk why they're trying to turn AA into a positive message slinging band. These jerks are drunk dickheads of the highest honor. Lets be real This is all Avildsen BS. AshxFlip

People who record stuff they can't play live are stoked.

Jimmie Strimmell Live is not stoked.

I bet this kids ego is already massive

Everybody already forgot about asking alexandria, sorry Ash. Find something else that makes money.

FRONZ HERE. AA ARE GREAT DUDES. BUT THEY SHOULDVE PICKED KING ZILLA IF THEY WANTED TO MAKE MONEY AND DROWN IN pssy. YOU fckED UP AA. STAYSICK

anonymous 6/10/2015 11:12:44 PM FRONZ HERE. AA ARE GREAT DUDES. BUT THEY SHOULDVE PICKED KING ZILLA IF THEY WANTED TO MAKE MONEY AND DROWN IN pssy. YOU fckED UP AA. STAYSICK-...^riiight, retard of the highest order.-If you're "SO prosperous in your financial endeavors where do you find the time to post here on "Lambgoat,Chris?" granted, you more than likely are a self-Made "Millionaire." Only because there are suckers born Every minute,Charms, Tootsie Pop.