Villains lose name, take one from another band 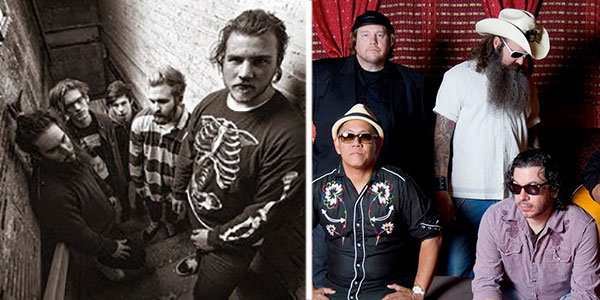 Last week, Illinois "street metal band" Villains announced a new deal with Prosthetic Records. This week, they are being forced to change their name. An Atlanta, GA rock outfit The Villains allegedly sent a cease and desist letter to the band, to which Villains complied, quickly changing their name to Yüth. Here's what they had to say:
"A few days ago, we received a cease and desist email from a group stating that we had to change our name or face legal action. So that's exactly what we did. "So, from now on, the artist formally known as 'Villains' shall be referred to as Yüth. This is NOT us saying that this is a "new beginning" or the "start of a new band". We are still the same boys with the same mentality making the same music that you love, we just have to be called something different. "At the end of the day, names don't mean a thing, what we've created is here to stay. "Forever."
Unfortunately, it seems that the name Yüth is already being used by a Worcester music act, who issued a statement of their own:
"So a group named Villains (dope tunes) has decided to change their name to Yüth...sorry for any confusion, guys, but I am not Villains. Also, I do hope they decide to change their name to something else. It sucks to get a cease and desist letter, but it would suck even more if they then took my name, effectively doing the same shitty thing that just happened to them. Most def a crappy situation.
We'll see what happens.