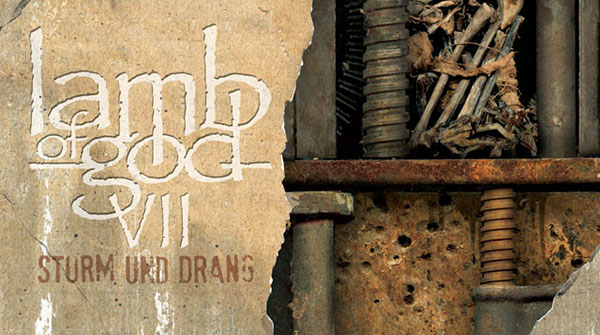 Official press release: Grammy-nominated, chart-topping Richmond, VA based heavy rock band Lamb Of God will release their highly-anticipated seventh full-length album, VII: Sturm Und Drang, worldwide this July via Epic Records. Today, after weeks of hinting at fans about the imminent release, the band is unleashing a brand new track, "Still Echoes", via www.lamb-of-god.com. Lamb Of God's last album, the 2012 Grammy-nominated Resolution, debuted at #3 on the US Billboard Top 200, #1 on the US Top Hard Rock and Rock Album charts, #2 on the Canadian albums chart, and #3 on the Australian albums chart. "Still Echoes" will be available via all digital retailers and streaming services beginning Monday, May 18th. Lamb Of God frontman Randy Blythe states, "The time has come to give the fans their first taste of the new Lamb Of God album. This is a very, very dark, yet sonically highly varied, record. As it's always good to come out of the gate hard with a fast and aggressive one, we chose this track "Still Echoes" to kick it off. Enjoy/destroy." VII: Sturm Und Drang is once again produced and mixed by Josh Wilbur with engineering by Wilbur, Nick Rowe, and Kyle McAulay, and was recorded at NRG Recording Studios in North Hollywood, CA and Suburban Soul Studios in Torrance, CA.