Every Time I Die singer hired by Comedy Central 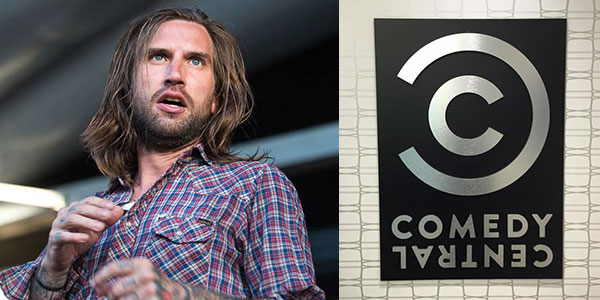 Every Time I Die frontman Keith Buckley will be putting his wit to further use in the near future, as he has been tapped to do some writing for television channel Comedy Central. The news comes courtesy of writer and comedian Rob Fee (The Ellen DeGeneres Show), who offered up the following:
"A bit of exciting news: Comedy Central brought me on to start writing sketches for them, along with my lovely pal Keith Buckley. I can't wait for you guys to see them, which will be difficult not to because I am personally going to write the urls on pieces of construction paper and mail them to each of your respected homes."
UPDATE: Buckley himself has now provided some details regarding the endeavor:
"I will be writing a Comedy Central digital sketch with Rob Fee and writer/director Brandon Dermer. Brandon is currently fulfilling a residency at Comedy Central as their head writer/director for digital one offs. me and Brandon are also working on several other projects together. this is my official statement. I fucking hate talking about myself."