Reactivated Southern California metal/rock band Atreyu will release their first new album in six years later this year. Details have yet to be disclosed, but the LP has been titled Long Live and it's slated for a September release through new label Search and Destroy, a joint venture between Spinefarm Records and Raw Power Management. In a recent interview with Alternative Press, frontman Alex Varkatzas makes it clear that Long Live will be much heavier than the band's previous two albums:
"Lead Sails Paper Anchor [2007] and Congregation Of The Damned [2009], you know, they happened. They're part of our career. I'm totally proud of some moments on those records. But I like the vibe of heavier, more aggressive type of music. We've definitely gotten back to that... There's no melodic singing from me on the record. I can say that my vocals will not be Auto-tuned at all on this record. [Laughs.] It's just me screaming and yelling and fucking being aggressive. It's Brandon [Saller, drums/vocals] ripping vocals. It's good choruses and screaming and us working together. There are ripping solos and breakdowns. Some of the breakdowns—I don't want to say they sound 'dated', but to me they sound from a better time in music." 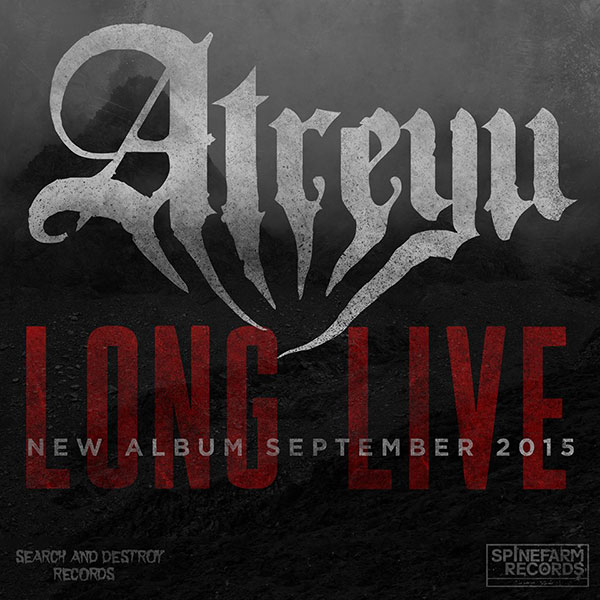