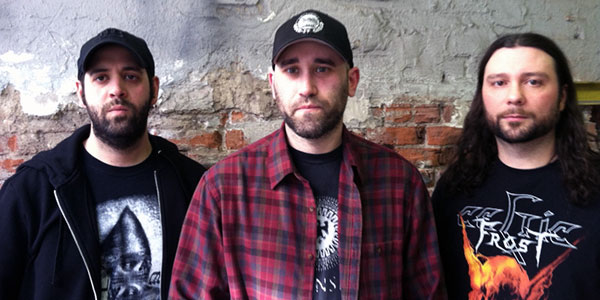 Official press release: Like a phoenix undead, Brooklyn based black/doom/sludge trio Unearthly Trance has returned. After putting the band on ice in 2012, Darren Verni, Ryan Lipynsky and Jay Newman have decided to resurrect and start playing together once again. The band is already currently writing new music for what will be their sixth full-length album and fourth for Relapse Records. 2015 has shown sparks of life already for the band with the 2xCD release of Ouroboros; a compilation of hard to find songs, vinyl only releases and a few unreleased gems from years past. This collection was released on Throne Records. In the past Unearthly Trance has shared the stage with the heaviest bands on the planet including The Melvins, Sleep, Electric Wizard, High On Fire, Autopsy and Morbid Angel to name a few. Now Unearthly Trance have announced their first performances in over three years with a few NYC area shows booked in May and July with support from Samothrace, Primitive Man and Churchburn. A series of Northeast dates are also in the works for August as well as a soon to be announced Fest in California this November. A complete listing of confirmed dates is available below. Although Unearthly Trance became inactive in 2012, the three members were still active and releasing monolithic death/doom records under the banner of Serpentine Path which includes Tim Bagshaw (Ramesses, Electric Wizard) and Stephen Flam (Winter). Serpentine Path will be performing at this year's Maryland Death Fest 2015 in Baltimore on May 23rd. Lipynsky and Newman also have a new project called Humanless and Lipynsky also keeps busy with Black Metal band The Howling WInd and newer band Force & Fire. Newman has also appeared on the debut recording from Kaiju Daisenso and Verni also pounds the drums for The Sheltering Sky. 5/24 Brooklyn, NY @ Saint Vitus W/ Samothrace, Trenchgrinder, Beefrot 7/17 Brooklyn, NY @ The Acheron W/ Churchburn, Belus 7/21 Babylon, NY @ Sinclairs W/ Primitive Man, Opium Lord, more

tremendous news. they "were" so freakin good.

Last I checked they were from Long Island, but nice reporting! Regardless its good to see them back!

Never knew Dave Attell was in a band!

Ryan was in Motive? Jesus I bought I vs The Beckoning when I was in high school