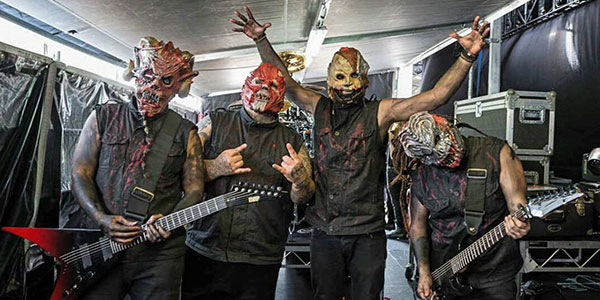 Terror Universal has announced the departure of frontman Chad Armstrong (aka Rott). You may recall that Armstrong was recently accused by Otep vocalist Otep Shamaya of "violently" grabbing her crotch. Terror Universal has issued the following statement:
"Friends and fans, thank you for always supporting TU. We want to inform you that, due to personal differences, and the course of events these past couple of weeks, 'Chad Armstrong' is no longer the lead singer for Terror Universal. "We will debut Terror Universal's new singer this weekend at the Texas Independence Fest. Next week we will post live video, so you can all hear and see our new kickass singer. We promise, our new frontman is everything you would expect from TU!! "We wish Chad good luck, and thank all Terror Universal friends and fans for all your support."