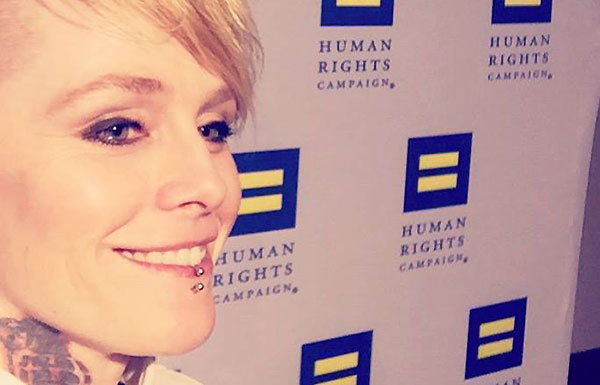 I know for a fact that...im laughing about internet drama

Nuclear Hellfrost should fill their spot

So is Jenny a dude or a chick?

The world is just getting dumber...

This bitch is always crying about something.

my question is: why the hell would the victimized party drop off the tour instead of kicking out the supposed pants rapist's band?? sounds like a self-rightious drama queen to me

are these real bands?

The year 2015, where every girl ever was beatd according to the internet.

bitch plz, this country was founded by pants rapists. Man the fck up instead of being shocked to the point of dropping of tour

The year 2015, where every girl ever was beatd according to the internet. This shit is getting out of hand. I'm a college student and I hear of sexual assault claims on campus all the time, only to be proven false later.

otep shamaya is a bulldaggin bitch. fck her and her anti male agenda. shes just angry her snatch smells so bad, no human being of any gender would willingly touch it

You're just a woman...no one cares how you feel. B!tches...always crying about something, don't they know they are just supposed to sit there and suck wang? Make me some dinner and go back to making shitty music.

so UNTRUE. how could he have grabbed her crotch when her apron was on??

i think the = human rights thing in the baqckground is WAY funnier.

Didn't OTEP sign with Victory? beat is pretty much understood after jumping into that.

Terror - One With The Underpants

no are about any of these bands...but how the hell would this dudes wife or this concert promoter have any clue if he actually did that to her? why does she automatically have to have an ulterior motive to the accusations?

any musician whos had the displeasure of sharing a stage with otep will attest to how insufferable she is. outrageous demands, diva attitude, expecting everyone to walk on eggshells around her, ridiculous rider demands, etc. she acts like gods gift to activism, but she is just as greedy as anyone else

I thought this was about the movie Bubba Otep

Every woman ever is beatd at some point.

any musician whos had the displeasure of sharing a stage with otep will attest to how insufferable she is. outrageous demands, diva attitude, expecting everyone to walk on eggshells around her, ridiculous rider demands, etc. she acts like gods gift to activism, but she is just as greedy as anyone else Yes, she is a HUGE c*nt!

I have never heard of this Otep chick, but she sounds like a nightmare. I hope no one ever supports her BS.

Who are these bands? This has been a lesson on how to get your fcking shit band fake internet points.

Man, I wish his wife didn't put herself on blast and let everybody know that she has been beatd, totally unnecessary.

I'm just wondering why this bitch was let into a stage and not in a kitchen making sandwhiches for the men?

this lady beatd my sandwiches, by forcing her deli meat into my soft succulent buns...

i love how she has a grenade tattooed on her neck,exploding wads on her face & neck...

I'm more shocked that Otep, Ill Nino, Kittie, and 36 Crazyfists are still around in 2015.

the way otep described the 'rape' I kind of expected to read that ol' ROTT had picked her up by her crotch and spun her around like an old time wrassler. but no, a tap on the leg.....grow up.

This Otep bitch just...argh! She pisses me off so much. She has such a diva attitude if you're ever unfortunate enough to book her stupid NuMetal band and she is a known man hater. I would never assault a woman unless she was trying to kill me or something, but she made me so mad that I actually wanted to punch her out like a man. And that she has the audacity to call that drivel she does "art"? Bitch, PLEASE! Cont...

..."Inside the mind of Otep Shamaya" yeah, inside you'll find mostly empty tofu boxes, entitlement and daddy issues and a ragged copy of the S.C.U.M. manifesto. She's go the enlightenment and culture of any junior college first semester women studies class. That's about all the class you'll get outta that worthless excuse for a person. It's about time she hung it up. No more NuMetal, no more shitty acrylic "paintings" and for everyone else's benefit NO MORE TALKING OR BLOGGING!

this lady beatd my sandwiches, by forcing her deli meat into my soft succulent buns Amazing.

I bet dude did grab her snatch. Whatever. With that being said, no need to admit to being beatd or " Beatd".

Feminism and nu-metal. What a lovely combination of loathing disgust. What a dumb bitch. Bitch is mad she's gained weight throughout her last decade of mainstream success. you're not an artist you skank whore. Go make me a fcking sandwich.

The real question is not whether or not she was sexually assaulted, but who gives a fck about her band anyway? Otep < a flaming pile of garbage. Also, funniest quote from her: He's lucky security handled it before I or my band could. What was she gonna do to "handle" it? Cry on his shirt?

Maybe she means that he got thrown out before having to be subjected to hearing their shitty set? That sound pretty lucky to me!