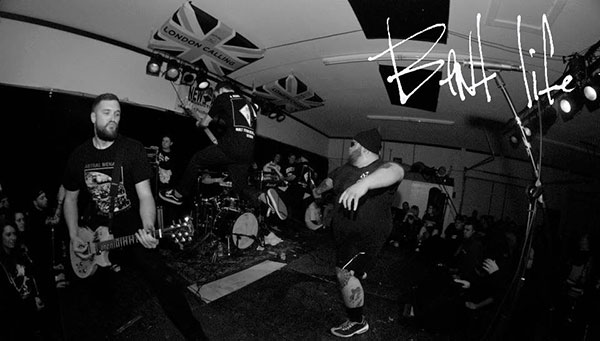 Official press release: Bridge Nine Records is excited to announce that Bent Life is the latest addition to the family. This added dosage of Midwest Blood to B9 formed in 2010, hail from Lincoln, Nebraska, and have previously released EPs on 6131 Records and Lost Time and toured with the likes of Bitter End, Naysayer, and Alpha & Omega among others. Playing a punishing brand of heavy hardcore in the vein of Merauder and Outburst, the band's next release will be the two-song 7", Cheat Death, May 1st on Bad Teeth Recordings. Pre-orders are already sold out but you can check out the first track, "Nail in the Coffin", on their Bandcamp, and pick up a test press from them on the last few days of their current tour with labelmates Expire, where you can also catch Rotting Out, Suburban Scum, and Mizery. Bent Life is also hard at work on their full-length debut for B9.