Lamb Of God's Chris Adler to play on Megadeth LP? 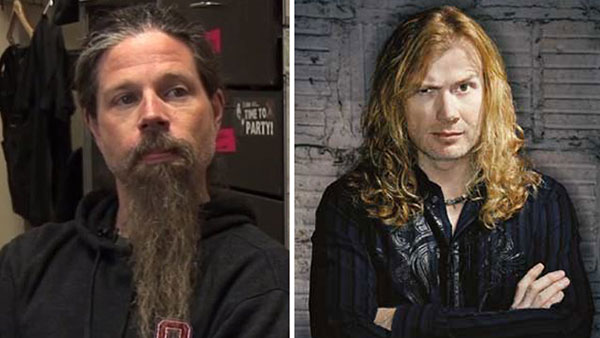 Rumors suggest that Lamb Of God drummer Chris Adler will perform on the new Megadeth album, According to Blabbermouth. Said rumors also suggest that Kiko Loureiro (Angra) will play guitar on the effort as well. Blabbermouth says:
"If true, Adler's involvement with Megadeth would apparently be limited to studio work only, and he would not be expected to join the band on the road to promote the CD, which is scheduled to be recorded starting on March 17 in Nashville, Tennessee."
This wouldn't be the first time Adler has been hired by another band for studio work. You may recall that he played drums on the last Protest The Hero album as well.

ex-Lamb Of God drummer Chris Adler launches new band
Dave Mustaine: Chris Adler has nothing to do with Megadeth
Chris Adler to drum for Megadeth on upcoming tour
Megadeth, Lamb Of God might tour North America together
It's official: Chris Adler on new Megadeth album