Official press release: The Metal Alliance Tour is proud to celebrate its 5th year anniversary of being of being one of the most anticipated metal tours of the year. Each year this touring festival assembles a package that celebrates the various genres of Metal. It is with great honor to celebrate this 5 year hallmark than to announce Deicide, the pioneers of the death metal as the official Metal Alliance Tour 2015 headliner. The tour will be rounded out by Stockholm, Sweden natives Entombed A.D., Tampa's own Hate Eternal, Black Crown Initiate and a band to be determined. The Metal Alliance Tour will make the trek across United States and Canada starting on the east coast in May and ending late June. Confirmed dates and advance ticket sale info will be announce shortly. Poster artwork done by the truly talented Brian Mercer. 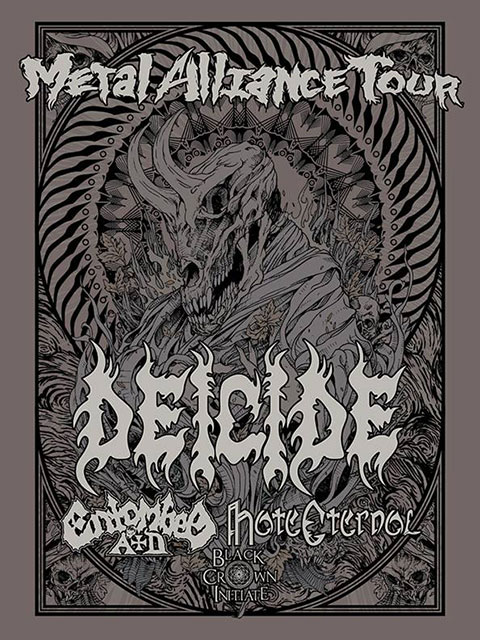