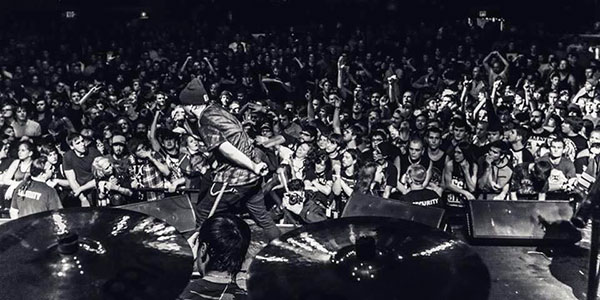 Official press release: Twin Cities, Minnesota based metal act Reflections will enter The Machine Shop this week with producer Will Putney to begin work on their sophomore release for Good Fight Music/eOne Music. The yet-to-be-titled effort will be released in summer 2015. "When we heard we had the opportunity to work with Will we were all about it," says frontman Jake Wolf. "We're huge fans of all The Machine Shop's work." "For the first time, we've written an album where listening to it all the way through will tell you a story. After an eye opening year of touring while trying to maintain life at home, I feel that we have truly written our best music yet." Walt Disney said, "You may not realize it when it happens, but a kick in the teeth may be the best thing in the world for you." That sentiment sums of the past eighteen months for the band in more ways than one. In March of last year Foster's home was destroyed in a fire which led to the death of his close friend and roommate. With the news coming at a time where the band was dealing with their own obstacles, it was a devastating blow for everyone. Foster continues, "the last year of my life personally has been a very challenging time for me to say the least. The lyrical content on this album is more focused than anything I've ever written before. I really hope that it will connect with people the way that I'm hoping it will." The all new LP will be the follow up to the highly regarded Exi(s)t released by the band in 2013. That release debuted on the Billboard charts for the first time in the band's history, most notably cracking the top 10 on the Heatseekers chart at #6. "The music that we have been working on is much more thought out and organized. We focused more on song structure and finding a balance of style that will separate us from everyone else."