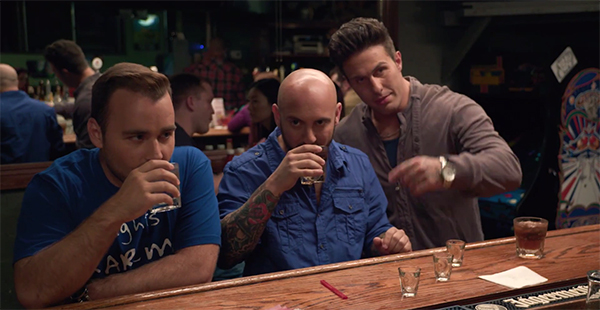 Sumerian Records founder Ash Avildsen has written and directed a new comedy film titled 'What Now'. Set for release under the Sumerian Films brand, the movie stars Avildsen, booking agent Joseph Cassiere, and former Sworn Enemy guitarist Lorenzo Antonucci. Here's the storyline:
Three best friends explore the world of online swipe dating in Los Angeles and quickly find out that anyone who judges you based on your salary or number of social media followers is someone who has their own soul-searching to do.
The estimated budget for the production is $250,000. 'What Now' features cameos from a slew of Sumerian comrades, including Ice-T, Asking Alexandria, Diamond Dallas Page, and Tosin Abasi of Animals As Leaders. Additionally, the soundtrack features Circa Survive, Crosses, Periphery, Born Of Osiris, Throwdown, Upon A Burning Body, and many other familiar names. The movie will debut in select theaters on March 19, while launching on cable and Internet VOD on April 3. An extended trailer can be found below.