Strangely, Flint, Michigan metal band King 810 will be touring with Kansas City rap artist Tech N9ne this spring. Dates and venues have yet to be announced, but the trek will commence on April 8 and conclude on June 3. Also appearing on the bill will be Chris Webby, Krizz Kaliko, and MURS. King 810 frontman David Gunn had the following to say about their participation in the tour:
"We've always done whatever the fuck we wanted to do. And when you come across a cat that does whatever the fuck he wants to do as well, its relieving. So when Tech N9ne asked us to support him on his upcoming US tour, in true KING fashion, we said 'les go.'" 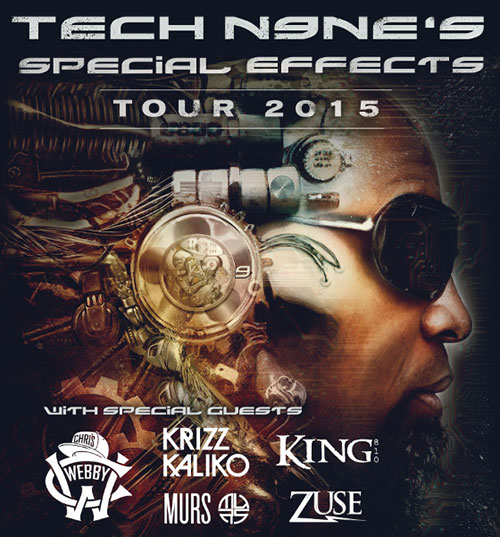