Of Mice & Men to reissue latest LP with new songs

Of Mice & Men has announced plans to release a deluxe edition of their Restoring Force album in early 2015, and the effort will include three new songs. It's now clear why Of Mice & Men was in the studio with producer David Bendeth in October tracking new material. Restoring Force: Full Circle is a deluxe double-disc, foil-stamped digipak that will hit streets on February 24 through Rise Records. The outing features three new track - "Broken Generation", "Something To Hide", "Never Giving Up" - in addition to an acoustic version of "Feels Like Forever." 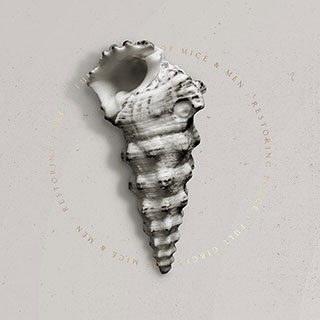