Official press release: In Times will be the title of the thirteenth studio album by Norwegian progressive extreme metallers Enslaved. Hand-painted artwork is by long-time collaborating artist and "sixth Enslaved member" Truls Espedal. The album will be released on March 6 (Europe) and March 10, 2015 (N. America) via Nuclear Blast Records. Enslaved guitarist and composer Ivar Bjørnson shares the following about the band's latest creation: "I was so deep into the songs and ideas for such a long time (or have my head so far up my own a**, if you prefer more direct language) that it is hard to have any 'opinions' about them that is anything else than the high-flying mumbo-jumbo of the introvert song-smith. The songs are extensions of my inner and outer life, the thoughts I am aware of having, as well as those that lie too deep to register in everyday consciousness. The songs are the resounds of grandiose altered states and mundane tiny micro-events. In addition, they are, of course, also the result of inspiration from other music and art. I do think this new album is the most consistent body of work we have so far: It incorporates our 'blacker' past with our influences from prog rock, our present sense of absolute freedom, and the joy of being in this band, if that makes any sense… Ha, ha, ha. It is higher in energy, more aggressive, yet more beautiful and subtle. It simply sounds inspired." 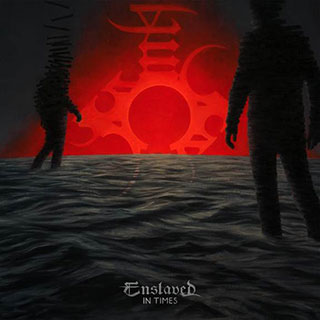 The track listing for In Times is: 01. Thurisaz Dreaming 02. Building With Fire 03. One Thousand Years Of Rain 04. Nauthir Bleeding 05. In Times 06. Daylight The new album's total running time is fifty-three minutes.