Thu, December 11, 2014 6:41 AM PT4,389 views
Official press release: Baltimore, MD co-ed feminist punk act War On Women have announced a February 10th release date through Bridge Nine Records for their debut full-length, War On Women. Featuring eleven tracks, this self-titled record was recently recorded with J. Robbins at the Magpie Cage (Against Me!, Coliseum, Lemuria). These new tracks are a natural progression for the band and a little more polished than their previous efforts, while remaining as blistering as ever. Vocalist Shawna Potter has "...plenty of material to pull from when it comes to writing lyrics, considering the pervasive sexism in modern America," she commented. 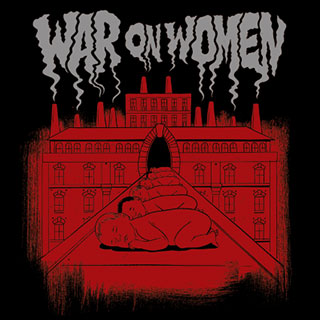