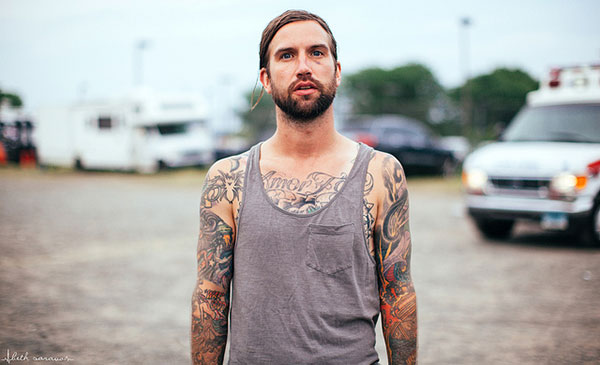 Official press release: Known as the vocalist and lyricist for the critically acclaimed punk rock act Every Time I Die, which has sold hundreds of thousands of records worldwide and amassed a substantial fan base while touring the globe for over the past decade, Keith Buckley announces the Winter 2015/2016 publication of his semi-autobiographical debut novel, SCALE, with Los Angeles-based Rare Bird Books. Ray Goldman will outdrink you, out-party you and, unfortunately for him, probably outlive you. As a hopeless and struggling indie rock musician, Ray's best chance of discovering any beauty and purpose in his dysfunctional life will come only when he ceases to struggle against life itself. These are his memoirs. SCALE chronicles Ray Goldman's journey downward through the adversarial trials that sometimes prove necessary in facilitating an eventual ascent into truth and happiness. The odd chapters of the novel find Ray, now a 31-year-old guitar player, seeking fulfillment in the wake of a life-altering tragedy while the even chapters see him reflecting on the depravity and selfishness that hastened his descent towards it. SCALE is about the relationship between instability and balance, death and resurrection, perception and reality, but ultimately it is about the endless war waged between our disquieted minds and our noble hearts. Fans of pop culture, Americana, Punk Rock music, and Charles Bukowski's HAM ON RYE...lookout!