As you likely know by now, Australian metalcore outfit Northlane recently launched a search to replace departed frontman Adrian Fitipaldes. Two weeks ago the band revealed that they had found their man, with whom they would imminently record a new single. Yesterday, the band explained why they wouldn't be revealing the identity of their new vocalist until said new single was released:
"We won't announce who he is until Rot is released on November 21. The reason for this is simple, we don't want him to be judged prior to you all hearing him on a Northlane track. Northlane is first and foremost always about the music we create. So it makes sense that the best way to introduce a new member of our band is via the music we created with that member."
Unfortunately, as is often the case, it seems that the band's plans have been scuttled by the Internet. Among the many who auditioned for the band was one Marcus Bridge, lead singer of Sydney alternative band Sound of Seasons. You can check out his take on the Northlane song "Singularity" here: His audition apparently put him near the top of the band's list, but confirmation seems to have come Northlane themselves, as guitarist Josh Smith posted a photo of the studio in which they were recording this week. Perceptive Northlane fans compared Smith's photo to one posted by Bridge (see below), and it seems pretty clear that they are pictures of the same room (i.e. Bridge is recording with the band). 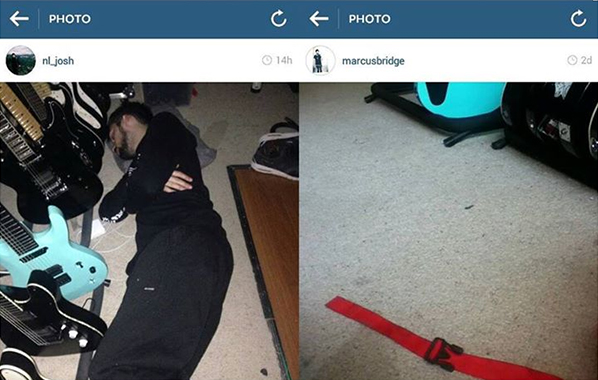