British metalcore stars Bring Me The Horizon have announced plans to release a new single in December. The single is titled "Drown" and will be released on December 7th. Pre-ordering is currently available via iTunes. And no, we're not sure why drummer Matt Nicholls is extremely hairy in the image below, though a forthcoming video for the track is reportedly the impetus. 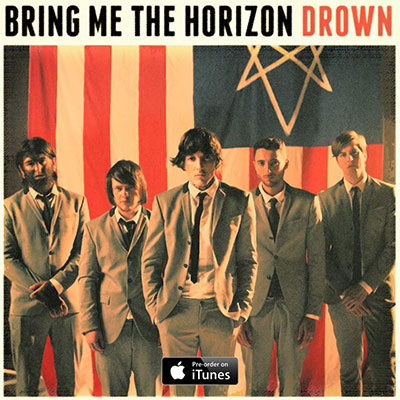