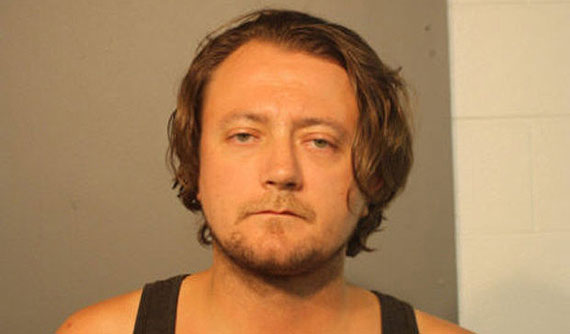 Sean Riley, 33-year-old guitarist for Chicago metal band Bloodiest, was jailed earlier this week for allegedly striking and killing a pedestrian while driving intoxicated. Bloodiest signed with Relapse Records in 2010 and released their Relapse debut in 2011. The incident took place on Sunday night on North Avenue in Humboldt Park when Riley hit 55-year-old Jose Serrano with his truck as Serrano was crossing the street. According to Assistant State's Attorney Glen Runk, Riley didn't apply his brakes or attempt to avoid Serrano, who suffered several fractures but ultimately died of "massive head trauma." According to the police report, Riley, who pulled over shortly thereafter, was in a "dazed physical state" as he walked towards the scene of the accident. The first officers on the scene reportedly smelled alcohol on Riley's breath, but Riley refused to take a field sobriety test. Six hours later, he agreed to take a Breathalyzer, which showed that his blood alcohol level was .161, roughly twice the state's legal limit. In a Tuesday court appearance, Riley's bail was set at $200,000. The date of his next hearing has yet to be disclosed.