ISIS the band mistaken for the terrorist group 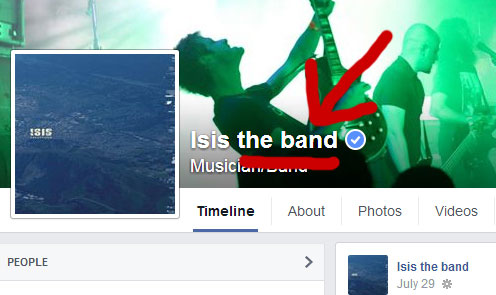 Defunct post metal band ISIS is dealing with the inevitable fallout of having the same name as the Islamic terrorist organization currently making headlines across the globe. According to ABC News, the band has been receiving "off-color comments" on their Facebook page, ultimately prompting them to rename the page from "ISIS" to "Isis the band." Drummer Aaron Harris told ABC that their merch isn't exactly popular right now either. "Fans have emailed us that they're reluctant to wear our T-shirts now," Harris said. This is actually something we joked about earlier this month on Twitter:

i pity the poor post-metal kid who wears his favorite ISIS t-shirt to the airport...

Sadly, the situation certainly makes an ISIS reunion even less likely than it already was. On a positive note, perhaps thousands of people Googling the infamous terror group will instead stumble upon some decent music.