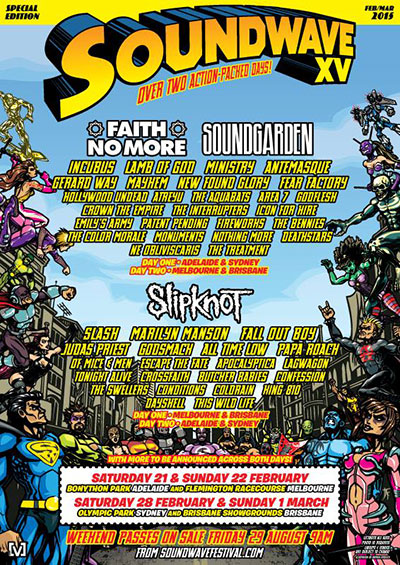 hollywood undead still being a thing is baffling.

No Perth. No care. Ever.

Isnt perth where every one fcks their sisters and moms and wallows in their own shit?

hollywood undead and godflesh on the same show. never thought i'd see the day

I hope King 810 get arrested at the airport again

The 10 years too late tour. StaticX and coal chamber should be on this.

"announced and will be held over four days" "Two action packed days" uhh...what?

"sandpaperseatbelts3 hours ago The 10 years too late tour. StaticX and coal chamber should be on this. permalink | report abuse" YES HAHA STATIC X. 12 year old industrial metal kid inside me is stoked.

Godflesh, fck everything else