Either Mastodon has picked an odd time to unveil their racist and homophobic leanings, or, their official Twitter account was hacked. We'll give them the benefit of the doubt and assume the latter. Twenty minutes ago the band's official Twitter account had its graphic theme changed, and the following Tweet posted: "#ClanVv3 jacked by @PopShuvits Greets to @Clit @Snapback because we are f-cking apes you n-ggers" That Tweet was following by a series of equally offensive ones, which you can see below (we've censored a few unseemly words). Hopefully by the time you read this, the account will have been restored to its former, less offensive state. 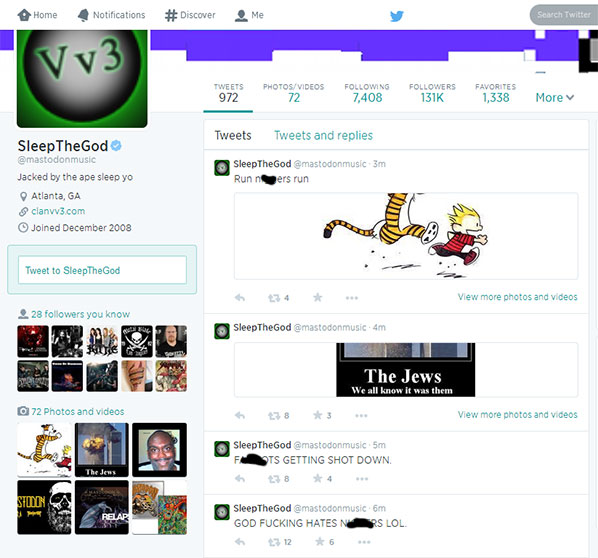