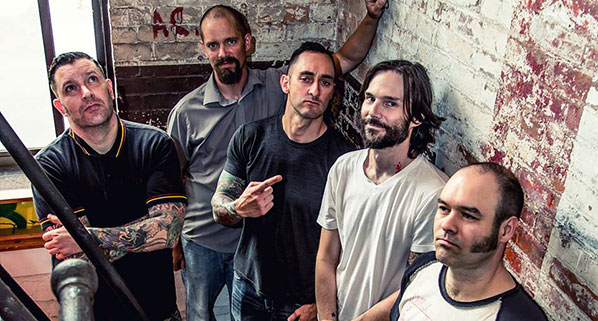 Defunct Vermont outfit Drowningman will play three shows in August, their first official outings since disbanding in 2005. For the past month, the 1999-2001 lineup of the band (Matt Roy, Javin Leonard, Simon Brody, Joe Villemaire, Dave Barnett) has been rehearsing together for the first time in roughly 13 years. Frontman Simon Brody had the following to say: "We are playing a handful of shows in the Northeast... If all goes well we may play a select few shows in the near future, hopefully festivals and bigger shows that make sense, since we don't all live in the same part of the country." The three shows currently confirmed are: 8/9 New York, NY @ Saint Vitus Bar 8/15 Burlington, VT @ Signal Kitchen 8/16 Boston, MA @ Middle East