Within the past hour, Upon A Burning Body posted the following via Facebook:
"Breaking News: Danny Leal (singer of Upon A Burning Body) has been reported missing. He was last seen in his home town of San Antonio TX on Monday, June 30th."
This doesn't sound good. Perhaps it's part of some weird promotional scheme? For what it's worth, several people have reported that Leal left a few ominous messages online a few days ago: 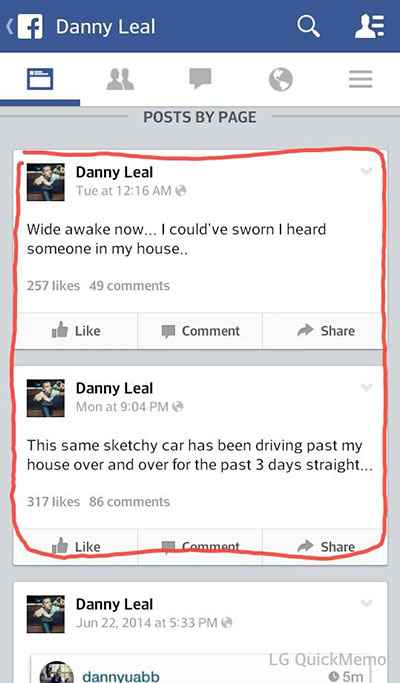 UPDATE: I don't know how anybody thought this would be a good idea, but the entire affair was apparently a publicity stunt orchestrated to promote the band's forthcoming album. Sumerian Records founder Ash Avildsen is claiming that the stunt was done without his knowledge. Here is his statement:
"I woke up to a ton of missed calls and just saw all this stuff about Danny Leal of UABB posing as that he's been abducted or kidnapped. My phone hasn't stopped ringing since. As a child, we all learn the story 'The Boy Who Cried Wolf' and it sticks within our consciousness for a reason. I do not condone this type of publicity stunt. This was done behind my back and I am not OK with it. In my eyes, there's never a time to use the possibility of real-life abduction, injury or murder of someone you care about to promote anything, especially an album. If you need to resort to that, then you have lost the plot. We as a society should have evolved past that way of thinking by now and especially within the rock/metal community, given all the tragedy that has happened in our world over the past few years. There are some people who owe us an apology."
For the record, someone at Sumerian was likely involved in the ploy, as the "missing person" alert was posted to Sumerian's Facebook as well.