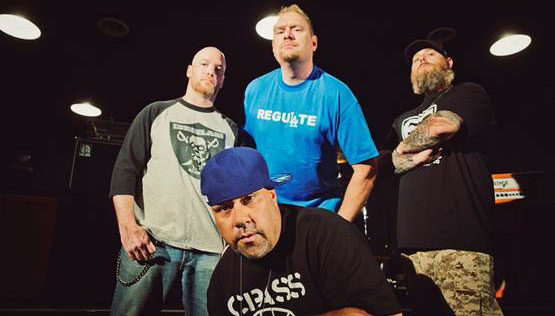 Official press release: Hardcore punk/rap metal veterans Downset recently announced their highly-anticipated return with an upcoming performance at the revelled This Is Hardcore Festival in Philadelphia, PA on July 27th. Now, the band can announce their full plans for 2014, which include a brand new album, entitled One Blood, which will hit stores on July 21, 2014. Produced by Downset guitarist Brian Ares Schwager and mixed by Wesley Seldman, One Blood was recorded in three locations – Venice and Overland rehearsal studio in Culver City, CA, The Basement in Baltimore, MD, and Creating Better Sounds studio in Palmdale, CA. "One Blood is Downset in its truest form, coming straight from our hearts to touch the hearts of others," states Schwager. Downset will perform several east and west coast dates this summer. See below for a current listing of tour dates with ticket prices and door times. Vocalist Ray Oropeza adds, "The east coast is where Downset will launch our live tour for the One Blood album. To all of our fans that have supported us for the past 20+ years, 'I Will Always Be There For You, I Will Always Be There, ALL I GOT!'" 7/24 Albany, NY @ Bogies 7/25 Worcester, MA @ Palladium 7/26 New York, NY @ Blackthorne 51 7/27 Philadelphia, PA @ Electric Factory (This Is Hardcore) 8/15 Phoenix, AZ @ Joe's Grotto 8/16 Los Angeles, CA @ The Whiskey A Go-Go 8/17 Las Vegas, NV @ LVCS

Downset: there will not be two versions of band
This Is Hardcore Fest 2014 lineup announced
Downset returns with new lineup
Downset and Ramallah tour cancelled
Downset has not broken up