Moncton, NB authorities spent the night searching for a gunman suspected of killing three RCMP officers and wounding two others yesterday. The suspect is 24 year-old Justin Bourque. Directly prior to his rampage, Bourque reportedly took to Facebook to post lyrics to the Megadeth song, "Hook In My Mouth." His final Facebook post can be seen below. Additionally, earlier this month Bourque posted lyrics to the Dethklok track, "Castratikron." The manhunt is still underway for Bourque, who is obviously considered "armed and dangerous." You can read a full report on the killings and subsequent search here. 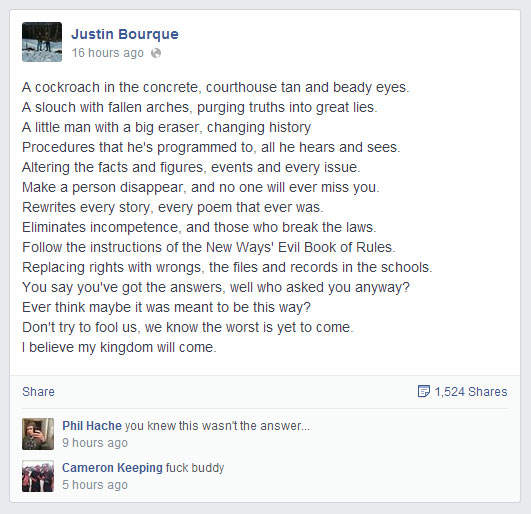 UPDATE: The suspect has been apprehended.