Tuesday, May 13, 2014 6:11 PM PT / 9,228 views
The full lineups have been revealed for Riot Fest 2014, which is comprised of three separate festivals in Chicago, Denver, and Toronto, and set to take place in September. Among the many acts slated to perform are Slayer, Mastodon, A Day To Remember, Bring Me The Horizon, Of Mice & Men, Clutch, Gwar, Failure, and Glassjaw. The flyers for each Riot Fest can be seen below. 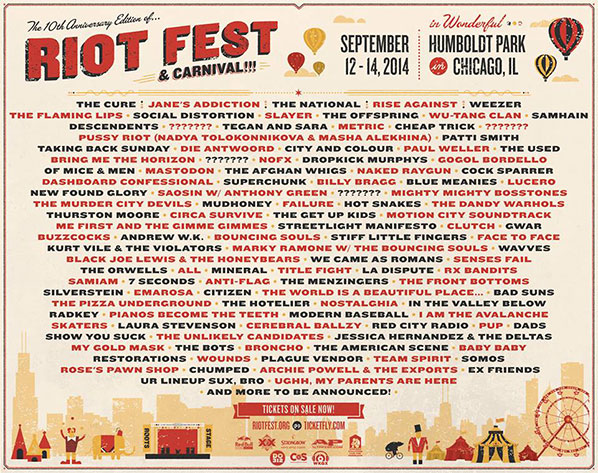 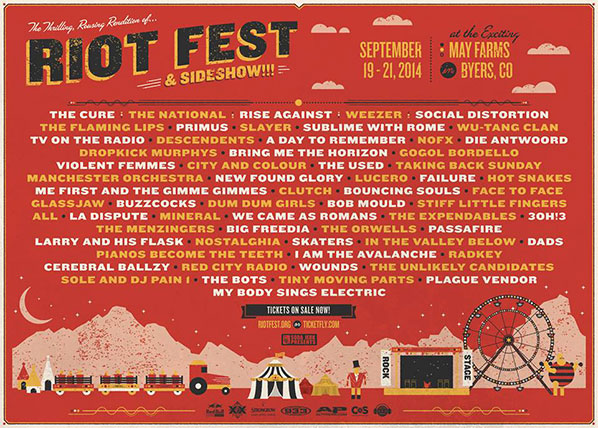 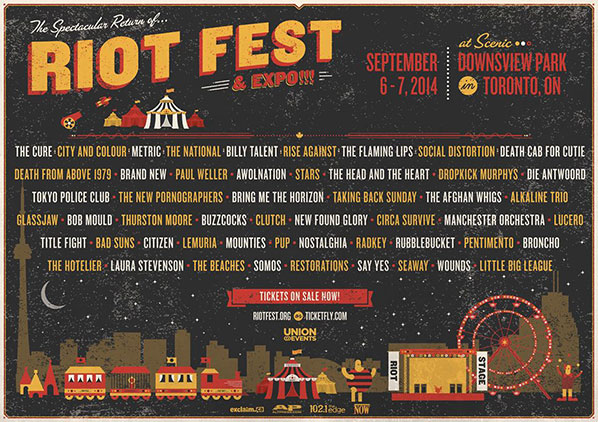 yup, chicago will be there.

Only going for Die Antwoord

how is gwar playing..

how is gwar playing.

Still waiting for Emmure to be the special guest.

compared to coachella all these dates look fcking great. If I was in a band I would be beyond overwhelmed trying to figure out who to watch

Slayer fans will have dirt in their tacos due to them playing this.

^^ can't even win with a stacked lineup. always sand in someone's crease.