By now you're probably aware of the large fight that took place last weekend outside of Firefest 2014 in Lakewood, OH that left four people hospitalized and dozens in police custody. As we had indicated in our original news item, the brawl seemed to have primarily involved members of the crews FSU and SOSF. For those who seek more information, you can now check out some 9-1-1 audio and dashcam video from police responding to the incident here. At this time, Lakewood police are working with county prosecutors to mount a case around witness statements in addition to other evidence. Assault, weapons charges, and others are expected to be added. Meanwhile, mugshots from those arrested on the scene were uploaded to website of Cleveland's WTAM 1100. While Lambgoat was browsing the mugshots, we noticed a curious thing: two members of Ohio hardcore/metal outfit Premonitions of War, including founder (and someone we've communicated with in the past many times) Michael Gaytan, were among those arrested. In addition to Gaytan, POW bassist Danny Garcia was also arrested. Finally, Gaytan's wife, Kelly, apparently earned the unfortunate distiction of being the only woman arrested. Premonitions of War has been around in one form or another since 2000, and released material with Victory Records, among other labels. We last heard from Gaytan six months ago, when he informed us that POW was working on new material. In case you weren't aware, Premonitions of War's one-time vocalist was Nate Johnson, he who recently inspired Fit For An Autopsy to create a new verb. We have no details on the specific charges against Gaytan et al, but we'll keep you posted. 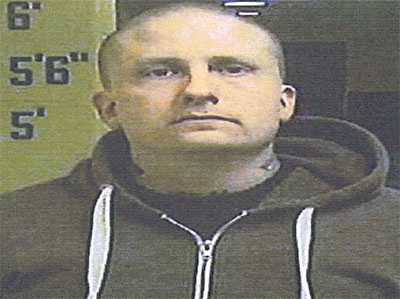 Premonitions Of War guitarist arrested with $1.9 million in cash
Premonitions of War news and notes
Walls Of Jericho drummer arrested with 650 lbs of marijuana
Don't Call It A Fest 2015 lineup finalized
Firefest 2014 ends with 4 stabbings, 20 arrests