Expire completes new album; due out in June

Official press release: Midwestern heavy hitters Expire recently wrapped recording on their second full-length at Howl Street Recordings in Milwaukee. Following its completion, the album went into the hands of Jay Maas at Getaway Studios for mastering and is now ready to be heard. Titled Pretty Low, this new album features eleven tracks of honest and uncompromising hardcore and is the follow-up to Expire's Bridge Nine Records debut Pendulum Swings, which was called "one of the best hardcore albums to be released this decade" by Rise HXC. 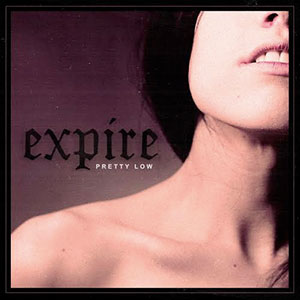 Since Expire's formation in 2009, they've released demos and 7 inches, toured the globe numerous times over, hit festival after festival, and released their landmark debut full-length Pendulum Swings in May of 2012. They've been on the road almost non-stop over the last two years, with not even a hint of slowing down in 2014. Expire kicked the year off with dates in Japan, Europe and the UK, and have already canvassed the United States. Now, Expire is gearing up for the release of Pretty Low on June 17th as they finish out their tour dates with Stick To Your Guns and Terror and play highly coveted sets at festivals like Rain Fest (Seattle) and This Is Hardcore (Philadelphia). A very, very exciting summer tour will be announced soon as well. Song premieres, videos and pre-order information will be coming soon from Expire and Bridge Nine Records. Pretty Low track listing: 01. Pretty Low 02. Just Don't 03. Fiction 04. Gravity 05. Nobody 06. Old Habits 07. Forgetting 08. Callous 09. Rejection 10. If It Were Up To Me 11. Second Face