Killer Be Killed (Mastodon, DEP) LP out in May 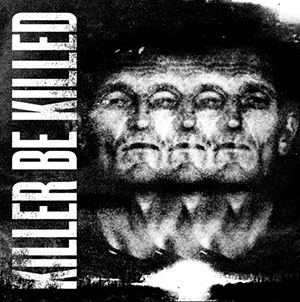 "He's a Polish worker in the back of a dark truck, but he looked like a criminal to me," explains Clark about his choice for the cover's image. "Multiplying his face seemed to give him a sort of split personality/schizophrenic vibe, which feels like a good mesh. Not just for the band name but the idea of a (for the lack of a better term) super-group." Killer Be Killed track listing: 01. Wings of Feather And Wax 02. Face Down 03. Melting Of My Marrow 04. Snakes of Jehova 05. Curb Crusher 06. Save The Robots 07. Fire To Your Flag 08. I.E.D. 09. Dust Into Darkness 10. Twelve Labors 11. Forbidden Fire BONUS TRACK: 12. Ghosts Of Chernobyl (vinyl only)