The 16th Annual Punk Rock Bowling and Music Festival has been formally announced and will take place May 23-26 in downtown Las Vegas, NV. Here's the official scoop on the festivities:
Punk Rock Bowling is a 4 day festival held in downtown Las Vegas. Now in its 16th year, it has become one of the premiere festivals in the country attracting real die hard punk fans from all over the world. 3 days of festival shows, 4 nights of late night club shows, a 2 day bowling tournament, hotel pool parties, a punk rock poker tournament and comedy shows to boot! It's all wrapped up into one amazing weekend in the city that never sleeps!
Among those slated to perform at the late night club show events are: Judge, H2O, Cro-Mags, Poison Idea, and Naked Raygun. Meanwhile, the festival lineup includes: Cock Sparrer, Descendents, NOFX, Against Me!, and Good Riddance. Here are the relevant flyers: 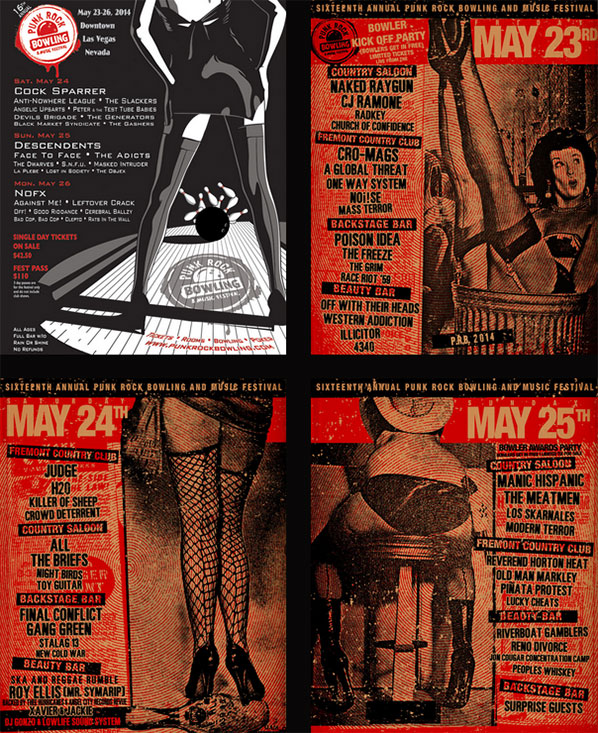