As you may know, Philadelphia hardcore/punk collective Blacklisted began the writing process for a new LP last October. Work has apparently been progressing significantly with the image below surfacing online today (yes, they're still writing short songs). Additionally, Deathwish Inc. has now confirmed that they will release the effort later this year. This will be the Blacklisted's first studio album in nearly five years. 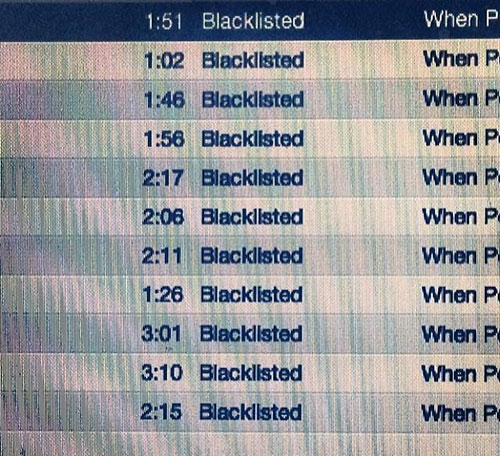 just before I saw the check four $4891 , I have faith that...my... best friend was like they say trully receiving money in their spare time at their computer. . there sisters neighbour had bean doing this less than sixteen months and a short time ago paid the mortgage on there apartment and purchased a gorgeous BMW M3 . try this web-site,,,,,>>>>>> ZAKJOB.COM

Hoping for something in the vein of POEWOS/HTHLTG, but we'll see...

me trap. fcking fck yeah!!!! I new it, I fcking new it they'd put out a new record this year, can't wait for this.

who the fuuck cares

20 minutes does not an album make.

This will be pure shit just like the last few records.

This will sound like another second rate grunge record, and hardcore dorks will pretend to like it for scene cred.

Last record sucked so bad, I can't push myself to even listen to this new one. Should've stopped while they were ahead.

ugh. i hope it sounds like their last album, but they're probably going back to the generic hardcore they used to be.

I'll check it out but after the last couple of albums I'm far from excited.

"I'll check it out but after the last couple of albums I'm far from excited." This is their first album in 5 years... and the one before that was Heavier than Heaven which is by far their best release.

Nobody in this thread knows what they're talking about. These comments go to show how people enjoy their earlier material and their more recent music. Anyway, I'm glad to see that the best current band in hardcore will be releasing another album this year.

kids who post #nowplaying pictures of Blacklisted but never go to their shows are stoked.

I will not pay for such a short album! Its funny that bands complain people are stealing from them when they download for free yet this band expects us to pay for a full length that is only a half of an album long? They are fcking us over! fck this!