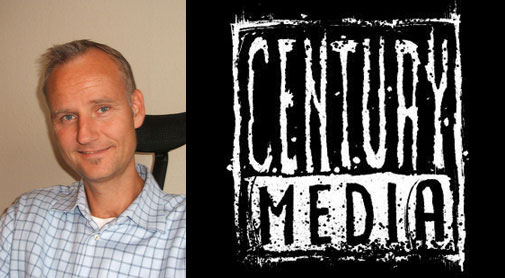 Century Media Records co-owner Oliver Withöft has passed away at age 49. According to Billboard, Withöft "had withdrawn himself from daily management duties at Century Media after taking ill some time ago." Withöft joined Century Media less than two years after the label was founded by Robert Kampf in 1988. "Oliver was one of the kindest and most generous people I have ever met in the industry," Sumerian Records publicist George Vallee told Billboard. "He gave me my first label job at Century Media in 2001 and I am proud to have been his friend. I will never forget him." Withöft is survived by his wife, Judith, and their three daughters. RIP.