Carnifex to tour US w/ Betraying The Martyrs, more

Carnifex will kick off their "Die Without Hope Tour" tour in February. The trek will feature support from Betraying The Martyrs, I Declare War, Here Comes The Kraken, and Assassins and is slated to run from February 21st through March 29th. Dates will be announced next month. 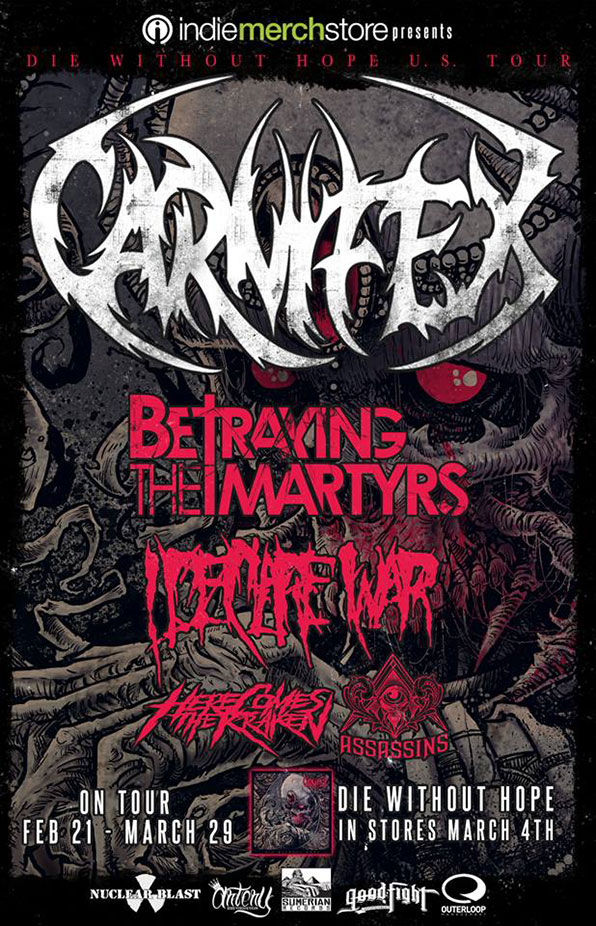 i love you, Carnifex. stoked to see you on this tour

is this the "leave after i declar war" tour?

back to vfws tour. its cool to see a band like carnifex finish a victory contract to do bigger and better things without issues.

Would rather watch my dog get beatd by a homeless person

The "Leave After I Declare War" tour = agreed

Keep this shit out of California.

bands that think they're bigger than they are tour 2014

fck EVERYONE I'm so fcking STOKED for this tour I think I have a heartboner.... Wait .. nope.. Yup ... YUP THERE IT IS!!!!! WOOOOOOO Internet trolls are STOKED

^^Fool. Ignorant fool. Just because you lack the neurons to understand nuance, doesn't mean that we do as well. What's wrong with you? Nothing better to do than troll?