Of Mice & Men has formally announced that their new album will be titled 'Restoring Force' and will hit streets on January 27 via Rise Records. The outing can be pre-ordered here. 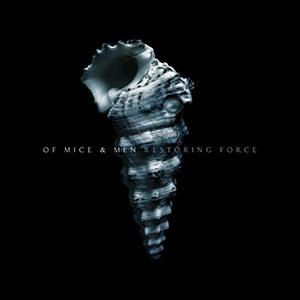 The group had the following to say about the effort: "This album, Restoring Force, is more than just a collection of songs but fundamentally a return to equilibrium - solidifying the sound our band has been developing over the years, incorporating Aaron for the first time & pushing ourselves to write the most meaningful material Of Mice & Men has ever released. This was by far the most in-depth writing and recording processes we've ever been through thanks to producer David Bendeth. We can't wait for you to hear it for yourself!" Restoring Force track listing: 01. Public Service Announcement 02. Feels Like Forever 03. Bones Exposed 04. Would You Still Be There 05. Glass Hearts 06. Another You 07. Break Free 08. You Make Me Sick 09. Identity Disorder 10. You're Not Alone 11. Space Enough To Grow